San Antonio is a city with a thriving arts culture. The city has a large artist population and knows how to support and sustain it. The latest large-scale event created to showcase San Antonio cultural assets is Luminara?a one night arts festival which recently celebrated its fourth year. From dancers, to musicians, to literary artists and the expected fine artists, this year?s Luminaria was truly luminous and the most sophisticated Luminaria to date.

As night fell, the light-themed event sparkled with specially designed light shows and stages throughout the city?s downtown fourteen acre Hemisfair Park. The event drew crowds in excess of 300,000 which added to the excitement but which made it difficult to appreciate all there was to see. Since San Antonio is a car culture city, complaints about the lack of parking were rampant but which clearly didn?t impact the size of the crowd. Perhaps next year?s organizing committee will work with VIA, the city?s public bus transit system to create a substantial park and shuttle system.

Guest artists for the event included a team of Taiwanese lantern artists who created the beautiful lanterns which graced the entrance to the park. 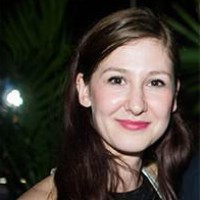