We are a global team of the most dynamic and experienced practitioners in culture and urban planning, market and financial analysis, architecture, transportation and the creative industries.

Linda Lees is director and founder of Creative Cities International (CCI), a consultancy based in New York and London that taps into expertise from around the world to foster the goal of sustainable urban regeneration. Since 2002, she has led CCI in partnering with urban experts on the vitality of cities, organizing international conferences and public forums on cities, culture, and regeneration. In 2011, CCI published the ground-breaking Vitality Index™, which created an entirely new paradigm for evaluating cities and culture.

Her substantial experience in culture and the arts includes founding a theatre in Washington, DC, where she directed the American premiere of Manuel Puig’s Under A Mantle of Stars and the international premiere of Joseph Brodsky’s Democracy!. She headed a humanities department at NYU and lead the cultural affairs office of the British Council in New York City. She has been invited to speak on behalf of CCI and the Vitality Index™ at conferences in Copenhagen, Berlin, London, Istanbul, Doha, Singapore, and Campinas, Brazil. She serves on the LAMDA in America (London Academy of Music and Dramatic Art) and is a member of BAFTA (British Academy of Film and Theatre Arts). She holds a BA from Boston University, an MA from the University of Michigan at Ann Arbor, and an MA and PhD from the University of California at Berkeley.

J. Michael Dow, Founding Principal of Marlin House Capital, spent 27 years at Jones Lang Wootton in both London and New York. He was President of CresaPartners, the US corporate real estate services company, for ten years. In May ’09 he formed a new company, Marlin House Capital.

Based in New York, Michael also sits on the board of City & Provincial, a small commercial property company in London. He is a member of the Urban Land Institute, Corenet, RICS, and British American Business in NYC. He is a Principal of CCI.

Fred Manson is an independent consultant in regeneration. As Director of Regeneration and Environment, London Borough of Southwark, with responsibility for land use planning and property, architecture, public protection, and environmental management, and leisure and community services, he was responsible for an annual budget up to $60M, from 1994 to 2001. He represented Southwark on projects with London significance, such as the Tate Modern, the Millennium Bridge, City Hall, and the Jubilee Line Extension. In 2000, he was awarded an honorary OBE and received the Stirling Prize for Best Building for the Peckham Library. Since 2004 he has worked with the Thomas Heatherwick Studios on public land private commissions in Hong Kong. He began his relationship with CCI in 2001. 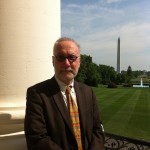 Marc Pachter, Director Emeritus, National Portrait Gallery, Smithsonian Institution, Director-at-Large, Smithsonian Institution, after a thirty three year career at the Smithsonian Institution, retired as Director of the National Portrait Gallery (NPG), the nation’s only museum of American biography and portraiture, in 2008. From November 2001 until January 2003, he also directed the National Museum of American History, the first person to lead two Smithsonian museums at the same time. His seven year tenure at the NPG was highlighted by his supervision of the renovation of the museum, involving the restoration of the 170 year old Patent Office Building and the reinstallation of the museum’s collection, which re-opened in 2006. Central to that renovation was the re-opening of the Hall of Presidents, which, along with the White House Collection, represents the national collection of Presidential portraits. He successfully mounted a national campaign to acquire the full-length portrait of George Washington (the “Lansdowne”) by Gilbert Stuart, the defining portrait of the American Presidency. In 2011, Pachter was called back to the Smithsonian to serve as Interim Director of the National Museum of American History. He completed that assignment in February of 2013. In 1999 he was awarded the Secretary’s Gold Medal for Distinguished Service.

Tony Travers is Director of the Greater London Group at the London School of Economics. His key research interests include local and regional government and public service reform. He is currently an advisor to the House of Commons Education and Skills Select Committee and has recently advised the ODPM Select Committee. He is an Honorary Member of the Chartered Institute of Public Finance & Accountancy. He was a Senior Associate of the Kings Fund from 1999 to 2004, and also a member of the Arts Council’s Touring Panel. He was a member of the Urban Task Force Working Group on Finance. He has published a number of books on cities and government. He also broadcasts and writes for the national press.

Sondra Farganis is Trustee, Poughkeepsie Public Library and Director Emeritus of both the Vera List Center for Art and Politics and the Wolfson Center for National Affairs at New School University. She holds a BA from Brooklyn College, a MA from the New School and a PhD from the Australian National University. She has taught social and political theory, as well as American politics and public policy, at CUNY, Vassar College, Hamilton College and the New School. She has been President of both the New York State Political Science Association and the Northeast Political Science Association and has chaired the Theory Prize section of the American Sociological Association. Her current research is on the role of social movements and the cultural elite in the transformation of American society.

Timothy Dwyer is Chief Executive Officer of School Choice International. He has more than 20 years experience in global mobility, international compensation, and human resources. His recent experience includes almost four years as Americas Regional Manager in Goldman Sachs Global Mobility Services department. Prior to that, he spent a decade at KPMG, serving as National Director of the firm’s International HR Consulting group, where he developed its online survey of international HR policies and practices. Earlier in his career, he worked at Manufacturers Hanover, ORC, and MasterCard International where he provided HR support to its expatriate and local national population. He received a BA from Georgetown University, and a Degree of Advanced European Studies from the College of Europe in Bruges, Belgium.

Fran Kaufman, art curator and advisor. An internationally recognized modern and contemporary art specialist, she was Director of palmbeach3 contemporary art fair, and is a former New York dealer and partner in Rosenberg + Kaufman Fine Art, a NY gallery (1989-2006) recognized for its commitment to contemporary painting and photography. In addition, Ms. Kaufman served as a consultant to the Soros Foundation and Magnum Photos, and has curated exhibitions in Europe, South America and the US. She is a consultant to private and institutional clients; a frequent lecturer and panel member on contemporary art and culture topics, and is on the advisory board of Proof: Media for Social Justice.

Richard Burdett is the founding director of the London School of Economics Cities Programme, a research and teaching centre which explores the links between architecture, urban design and urban society. As an expert in urban design, policy and regeneration, he is an architectural adviser to the Mayor of London and a member of the Greater London Authority’s Architecture + Urbanism Unit, and sits on the City of Barcelona’s Quality Committee. He is an architectural advisor to many public and private sector organizations, including the BBC and the Tate, and is a key player in promoting design excellence in the UK and Europe. He is director of Enterprise London School of Economics Cities.

Jonathan Engel conducts research in the historical evolution of U.S. health and social welfare policy. His books include The Epidemic: A History of AIDS, (Smithsonian Books, 2006); and American Therapy: The Rise of Psychotherapy in the United States, (Gotham Books of Penguin/Putnam, 2008). He is currently writing a history of the U.S. health system since 1968. He serves as professor of Public Administration at the School of Public Affairs at Baruch College, City University of New York. He was the lead author on multiple HIV needs assessments for the city of Newark, and the director of research at the Local Area Board for Health Planning for Essex and Union counties (New Jersey). He received a B.A. from Harvard in , an MBA from the Yale School of Management, and a Ph.D. from Yale Graduate School.

Elisa Charters is principal of Toussa International LLC, a wholesale distribution and sourcing company of children’s apparel from South America. She is a Member of the New Jersey Healthcare Facilities Financing Authority and a Steering Committee Member of the Essex County Comprehensive Transportation Plan. Previously she was Manager of World Trade Center Site Acquisitions & Operations for the redevelopment effort of the Port Authority of New York & New Jersey (PANYNJ) post 9/11. In 2001, Ms. Charters was a senior manager at PANYNJ, which included the management of 125 acres of waterfront properties in New York and New Jersey with an estimated public and private investment of $3.6 billion. In October 2001, she helped organize the first Creative Cities forum in Long Island City, “Creative Cities: Renewing NY.” As Senior Financial Analyst, she provided the PANYNJ Real Estate Department with lease analysis and valuation services of the original WTC complex. In 2005, she was appointed to the Essex County Planning Board and, in 2008, to the Minority and Women Business Development Advisory Council. She is a Certified Commercial Investment Member (CCIM), a graduate of New Jersey Institute of Technology, New York University and Columbia University.

Andy Finch is Co-Director of Government Affairs for the Association of Art Museum Directors, lobbying on issues including tax deductibility of gifts of art, nonprofit governance, and federal funding. He served as Americans for the Arts chief lobbyist on Capitol Hill and at the federal executive agencies from 2003 to 2007. From 1999 to 2001, he was a Special Assistant at the U.S. Department of Education, advising the Secretary and senior staff on arts education policy. He was a lobbyist for the American Association of Museums from 1990 to 1999, specializing in tax policy, education, and grassroots organizing. Andy holds a BA from Brandeis University in history and classical civilization, and a MA in Latin from U.C.L.A.

Professor Sir Peter Hall died in July 2014. He was a key influence in the early development of CCI. His influence on the Vitality Index™ was profound. But his friendship was his greatest gift to us. Here is only a small portion of a lifetime of outstanding achievement: Professor of Planning at the Bartlett School of Architecture and Planning, University College London. From 1991-1994, special adviser on strategic planning to the Secretary of State for the Environment, with reference to issues of London and Southeast Regional Planning including the East Thames Corridor (Thames Gateway) and the Channel Tunnel Rail Link. Author of over thirty books on urban and regional planning and related topics including “Cities and Civilization” and “Urban Future 21: A Global Agenda for Twenty-First Century Cities.” Fellow of the British Academy and a Member of the Academia Europea. Knighted in 1998 for services to the Town and Country Planning Association.

Frederic Schwartz died in April 2014. We first worked with Fred in 2002 in a small capacity on the THINK project design for Ground Zero. Later at Fred’s suggestion CCI led a team of which he was the key player for a comprehensive plan for Governor’s Island, NYC. We will be writing more about Fred’s work soon. But for now: An activist and a humanist whose architectural career was dedicated to some of America’s (and the world’s) most visible waterfront projects including the $200 million Staten Island Ferry Terminal and Peter Minuit Park at the tip of Manhattan, as the Project Director for Architecture and Planning of the four mile long, 100 acre, $2.6 billion Westway State Park, the San Diego Harbor front Master Plan and most recently, the Singapore Harbor Master Plan and the Master Plan for the Shanghai World Expo 2010 along four miles of the Huang Pu River. A graduate of Berkeley and Harvard, and a recipient of the prestigious Rome Prize in Architecture, he won international competitions for the September 11th Memorials for both New Jersey State and Westchester County and for a one million square foot skyscraper in the heart of Shanghai, China.